The Digital Mona Lisa, also known as Mona By the Numbers, was created in 1965 at Control Data Corp's Digigraphics Labs facility, in Burlington, Massachusetts by H. Philip Peterson.

I own one of the original DML outputs, having spent over 30 years researching it, and aggregating the provenance and history of the image and Mr Peterson.

I first made contact with H. Philip Peterson in April of 1992.

By making further contact with those that he worked with during his career and reaching out to people connected to early computer exhibitions in the 60s & 70s, I have been able to put together a significant collection of information.  I can say that I am the foremost authority on this unique piece of computer technology history and it's development.

I have been forever fascinated by this unique image.  Given the time of it's creation and the technology available at that time, the resulting image represented the pinnacle of digital transposition of a scanned photograph, via a computer and hardware output.

Below is one such example from the December 1965 issue of Computers and Automation, where the Digital Mona Lisa appeared on the cover and a brief description of the process he developed is provided by H. Philip Peterson on page 13.

The image is for sale and I have aggregated a significant amount of additional information about it and Mr. Peterson, via my many years of research.
I'll provide the information to serious inquires only. 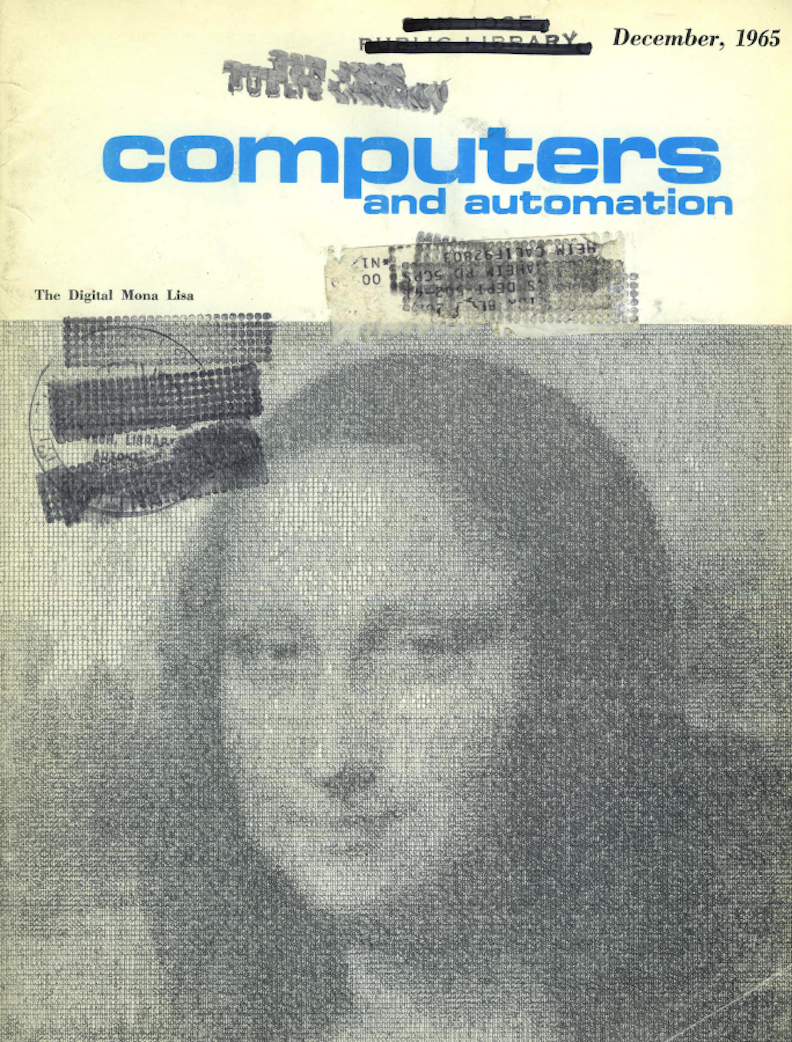 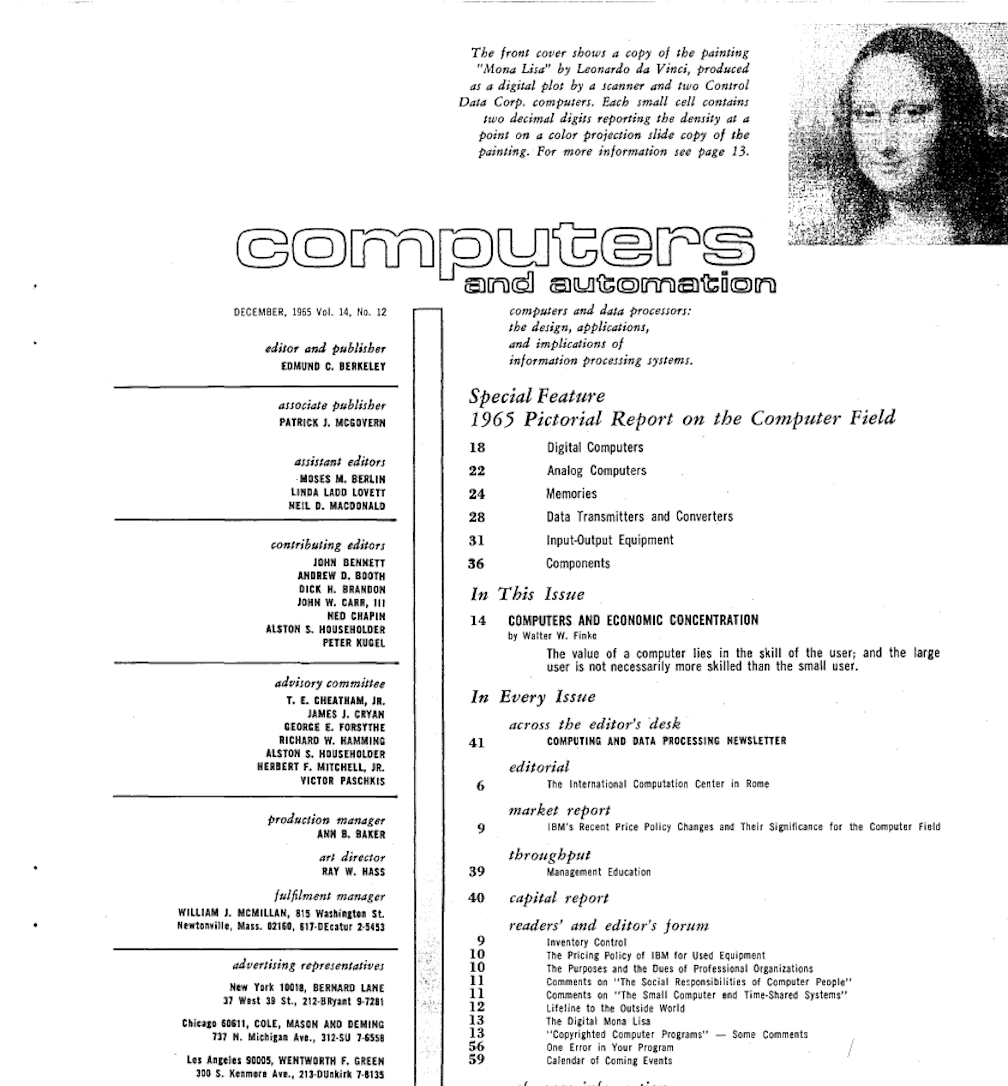 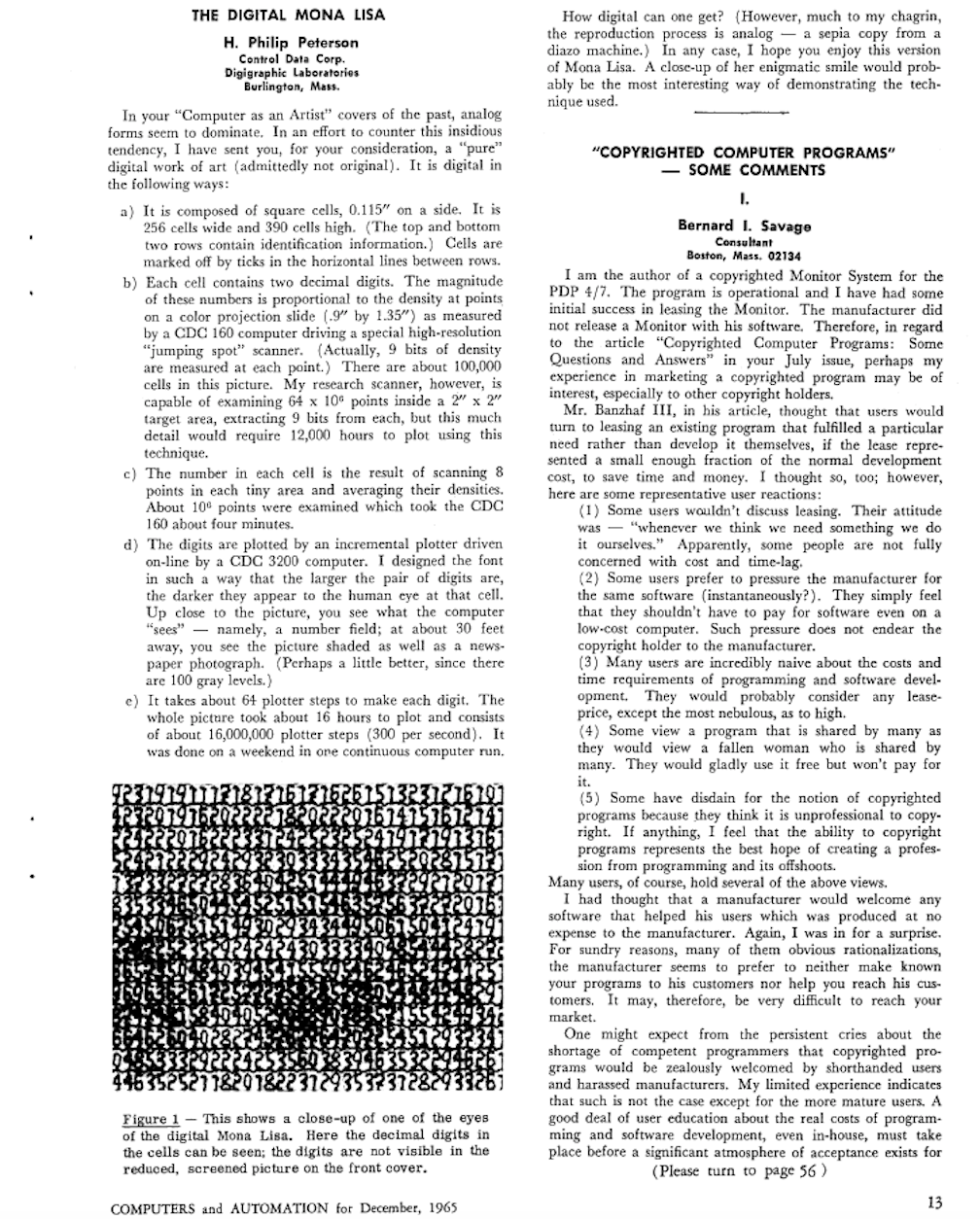